Today in the literary world, there are bookshops closing down, publishers desperately trying to keep up with changing readerships, and 100-year-old manuscripts found. Enough to be getting on with in one blog post! 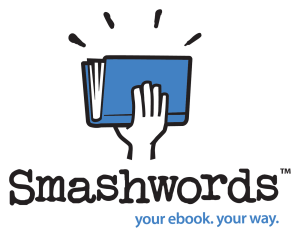 In his interview with Charman-Anderson, Coker discussed the changing attitudes to self-publishing: “The stigma associated with self-publishing is quickly disappearing as we see more and more indie authors becoming commercially successful on their own merits, and as some of the problems with traditional publishing become more apparent.”

“What we’re seeing is that most successful authors are those who are adopting many of the best practices of the best traditional publishers. These are the authors who honour their readers by producing high quality books that are as good or better than what the big New York or London publishers are putting out. They’re hiring professional editors and proofreaders to make sure that the books are high quality. They’re hiring professional cover designers, and their books are starting to become indistinguishable from what New York is putting out.”

As can be seen from Pearson (the parent of Penguin) buying out Author Solutions last week, the race now is for traditional publishing houses to find new ways of adapting to the increasingly self-publishing-friendly industry. In an article in the Guardian last Sunday, Vanessa Thorpe outlined the repurcussions of eBooks:

Further proof of the onward march of ebooks comes from BookStats, which has collected data from 2,000 publishers across America, including fiction titles, as well as higher education, professional and academic publishing products. It found ebook revenues for US publishers doubled to more than $2bn in 2011. 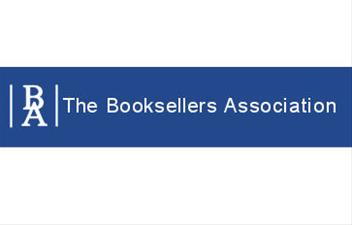 Of course, one of the greater disadvantages of all this change is that bookshops are suffering. The Willesden bookshop that inspired Zadie Smith is about to close.

As outlined in the Guardian article,

Helen Sensi, who has worked at the shop since it opened, called the latest closure “heartbreaking”. Sensi is also known as the mysterious “Helen” from Zadie Smith’s recent New York Review of Books article in which the novelist lamented the shop’s closure and praised her as the woman who “gives the people of Willesden what they didn’t know they wanted. Smart books, strange books, books about the country they came from, or the one that they’re in.” […] The bookshop is being forced to close by Brent council’s redevelopment plans for the area. The council believes the current centre, which also houses a museum and a library, is “not fit for purpose.”

Owner Steve Adams is trying to find alternative space which could be used. We can only wish him the best of luck.

However, it’s not all doom and gloom in the literary world. Last week, a PhD student, Chris Mourant, was rifling through the archives of the ADAM International Review (published from c.1903-1995) — a literary magazine published in English and French, its title an acronym for Arts, Drama, Architecture and Music — when he alighted upon four short stories written by Katherine Mansfield that have been lost in those archives for almost a hundred years. As outlined on the King’s College London website,

One short story, ‘A Little Episode’, written in 1909, is arguably the most poignant, as it sheds light on an important year of Mansfield’s life of which little was previously known. Chris explains: ‘The narrative conveys Mansfield’s bitterness and disillusion following her abandonment by the musician Garnet Trowell and her subsequent marriage of convenience to George Bowden.’ Having burned all records of her life during this period Mansfield hid these details from biographers and ‘A Little Episode’ now grants researchers access into her experience during this time.

The four stories will be included as appendices in The Edinburgh Edition of the Collected Fiction of Katherine Mansfield, due to be published in October by Edinburgh UP.